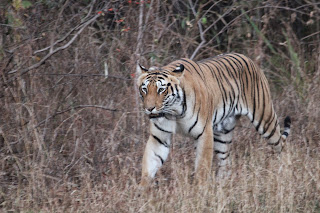 Z was so predictable, Alipore Zoo of course. The famous landmark in Calcutta built in 1876 or thereabouts is the oldest demarcated zoological park in Calcutta. It is visited by hordes of people coming to see the tigers and the monkeys, the elephants and the crocodiles.... specially in December and January. (The highest attendance being 110,000 visitors on 1 January 2018 alone!) It was also well known as the home of the Aldabra Giant Tortoise named Adwaita who was said to have been over 250 years old when he died in 2006.

But ..(there's always a but), I don't like zoos. I know, we must have gone there as children and I am certain I can find some happy memories of the place but I don't like zoos.
Yes, I said it again.
I hate the smell near the tiger cages, I dislike watching the poor animal stuck in there and I especially hate it when the curious onlookers try to attract the attention of the animals.
Some years ago there was this incident when one of the tigers killed one man and mauled the other when those drunken idiots decided to garland the tiger or something like that. Good for him, (the tiger, not the men!) I thought when I read the article. The last time I visited the zoo I was sad to see the gorgeous animals kept in cages. A part of me somewhat understand the need for a zoo, but most of me thinks animals should be left in the wild, doing whatever it is that wild animals do.
So the zoo is a place I avoid. earlier, when you drove past, you could see the elephants but I understand they have been relocated or a wall has been built so that too is denied from the road. For the same reason, I stay away from circuses although we went for many as children. We were not so aware then, I guess. But I have never taken my girls to the circus. Or the Alipore zoo. Sometimes there are rumours that the animals will be relocated to some place in Baruipur in the suburbs. Then the rumours die... The Alipore zoo is in what is now a very busy part of the city, the birds do not drop by as much as they did earlier and I shudder to think of the pollution and all.
No, I refuse to write about the Calcutta zoo!


And the picture is not of a caged animal but of a tiger in the wild. Where they belong!
Posted by Ipsita Banerjee at 3:13 PM