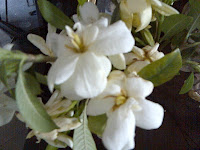 When ever I hear the words “Kolkata Police” an image is conjured in my mind. It’s this big fat man with a protruding belly, dressed in dirty white vaguely gesticulating with his arms. It is an amusing visual. I admit, these days you also sometimes see good looking handsome young sergeants on their bullets but those are too few and too far in between to really count. In the split second of the visual image in my mind, I also tend to think of descriptive words like corrupt, nincompoop, bribe taker all in words that are best not used here. But today here let me try to redeem the image.

Are you surprised? I am. But the other day we were returning from court, it was rather late in the evening, when the rush hour is at its peak. And “rush hour”, as we all know, is a fallacy. It should be called rush hours, because the evening session continues from about 5:30 pm to 8:30 pm each day…maybe longer, depending what part of the city you are in! My husband was driving…we were getting more than a little irritated at the endless stopping and starting and basically trying to reach home without a scratch when we were stopped at a crossing. It wasn’t a big or important crossing, just one of many on Hazra Road. We wanted to turn right. But there was no lane available as cars were jostling each other in an effort to turn the other way on the main road. The lane to our left was chockablock with cars trying to outdo each other and go first. There were cyclists and rickshaws, taxis and autos and buses that stopped to disgorge passengers. There was the hand pulled cart going the wrong way and pedestrians and cars parked on the side. An ordinary crossing, not worthy of traffic lights with typical weekday traffic. And there was a cop. One of the typical representatives of the esteemed Kolkata Police. He did not turn a hair. He smartly got cars moving, stopping one, moving another and yet another and another and did not even blink when a Superior Officer stopped his car, rolled down the window, shouted something at him and moved on. He was patient with the hand pushed cart and even the taxis on the wrong side of the road. He got them moving. He got the bus to get going, he cleared the lane to the right, and to the left, totally looked through the VIP car with the red light and then waved the traffic on. All in all it took about a minute. I turned to my husband, “ you know, given the circumstances, I think he did a terrific job!”
In the recent years, much has been written about the traffic management skills of the Kolkata Police during the Pujas. The past few years, traffic during the Pujas, which used to be horrendous, has improved greatly. The traffic keeps moving and though the going may be slow, you are not stuck in any major jams. But the Pujas are only an annual event for a few days. No one looks at the ordinary cop at every little crossing, the ones who keep the traffic moving on any given day. Like cogs in a wheel they work in unison to keep the balance, unnoticed and unappreciated. We all like to abuse them, or worse, laugh. After all as Arthur Conan Doyle said, there is nothing more unaesthetic than a policeman! But there they stay, day in, day out, rain, hail or shine doing a thankless job so we can go wherever it is we need to go. Yes, some of them are corrupt, much has been written on the corruption of cops, some are brutal and dishonest, many movies have become runaway hits on that theory alone but there are good guys too. Like in every profession. There are guys out there who are only doing their duty…so lets cut them some slack. And next time you see a seemingly helpless looking traffic cop on the road, don’t look at him with utter disrespect, he is one of the good guys who ensures you are home with your family tonight!
Posted by Ipsita Banerjee at 8:18 PM No comments: